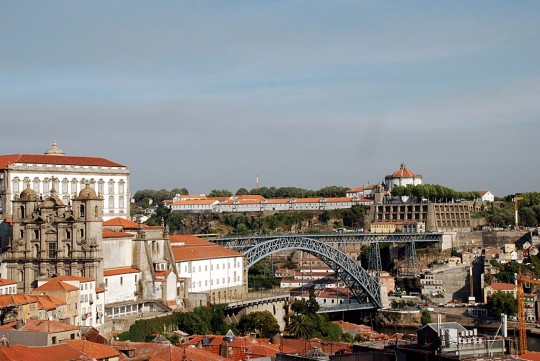 The city of Porto is known as the City “Invicta”. It is the city that gave its name to Portugal – very early (c. 200 BC), when designated for Portus Cale, coming later to become the capital of Portucalense. It is still a city known worldwide for its wine, its bridges and ancient and contemporary architecture, its historical center, listed as World Heritage by UNESCO.

Its beautiful monuments and historic buildings such as the imposing Cathedral and the Tower of Clerics, Porto is the second largest city of Portugal, offers a harmonious synthesis of old and ontemporâneas attractions.

On the opposite bank of the river, Vila Nova de Gaia, has superb views of the world-famous Port Wine Cellars main production center of Port wine. where the wine is blended and aged and where you can taste the different varieties, or opt for a cruise on the Douro